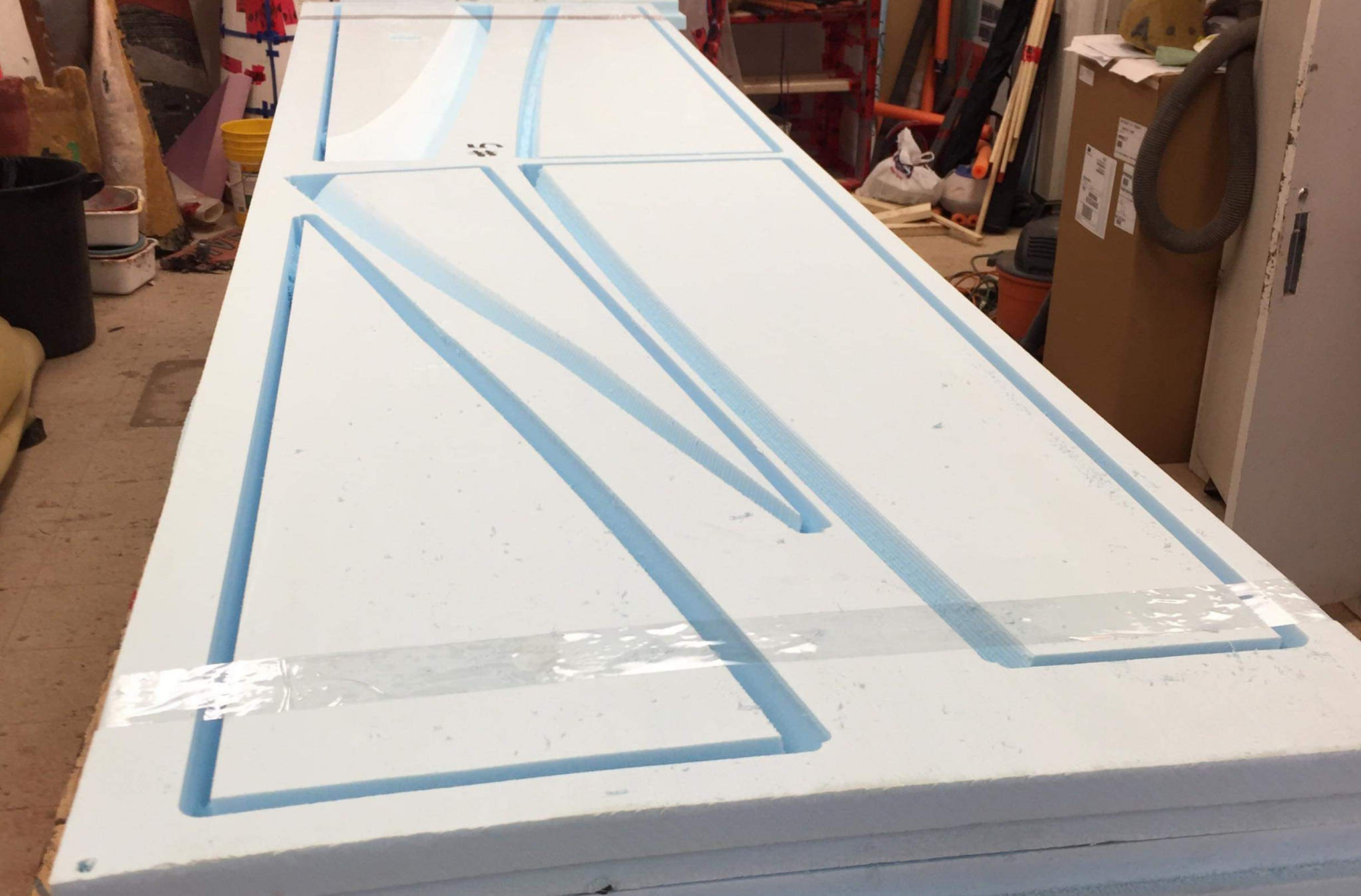 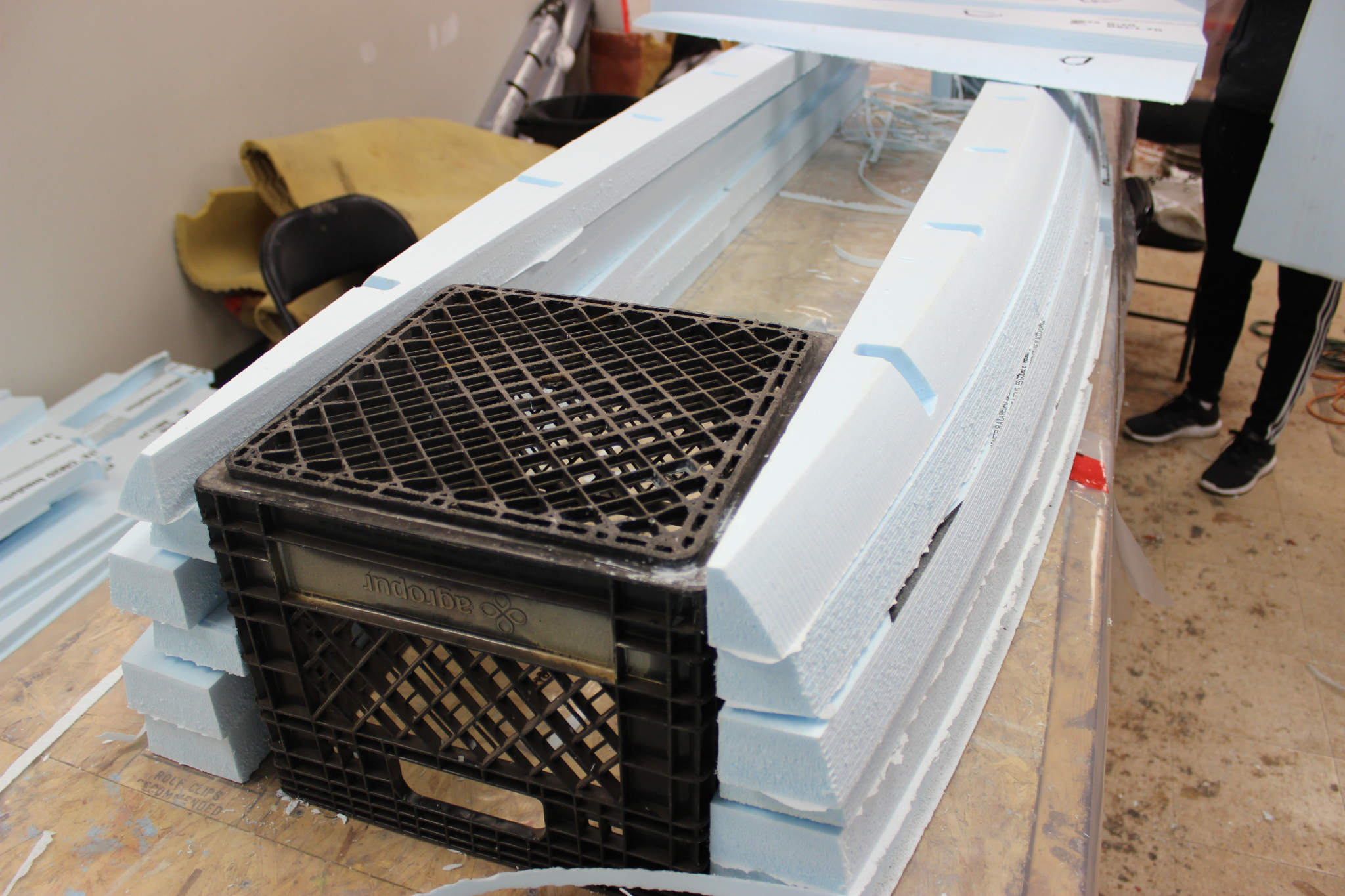 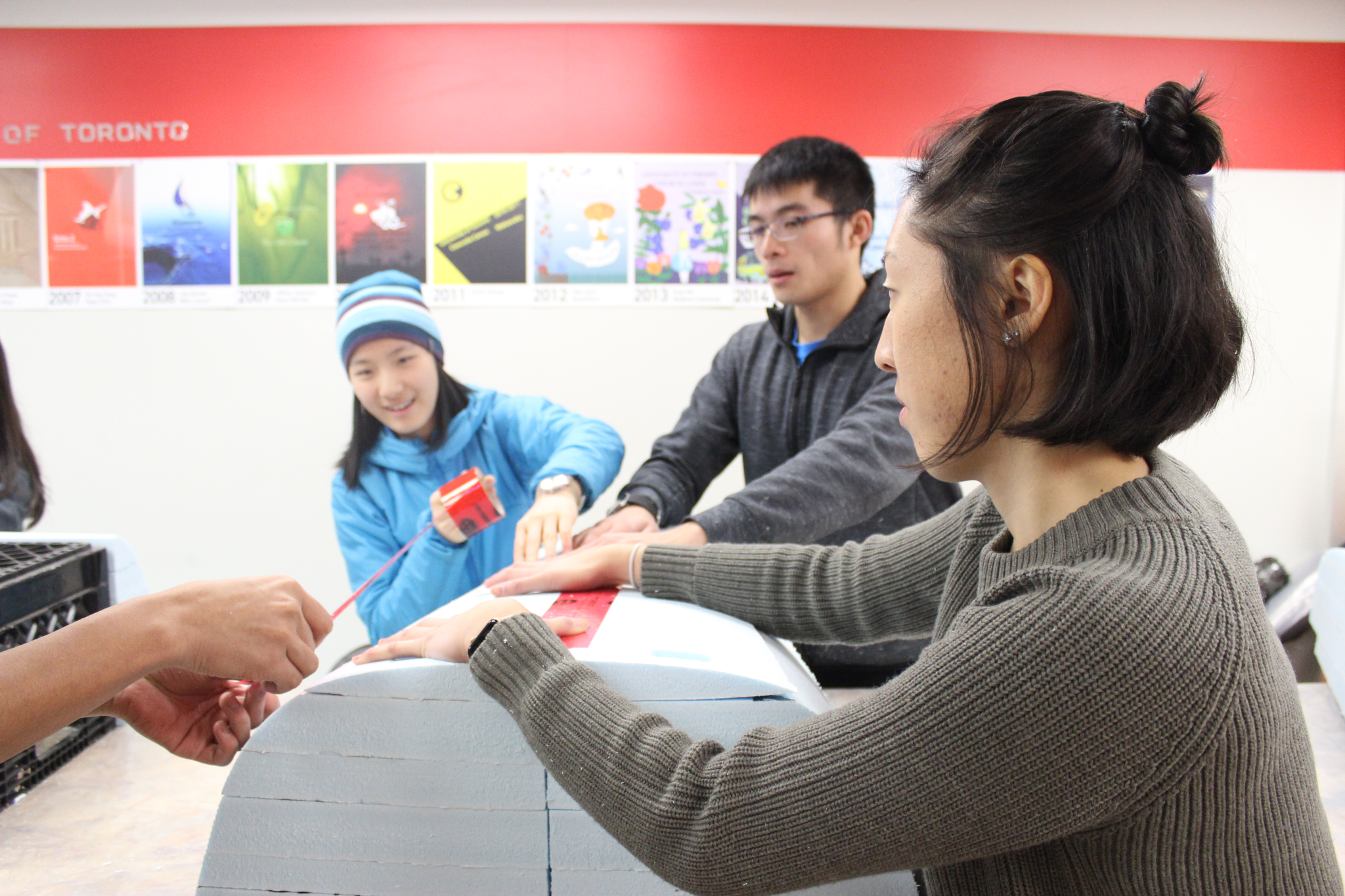 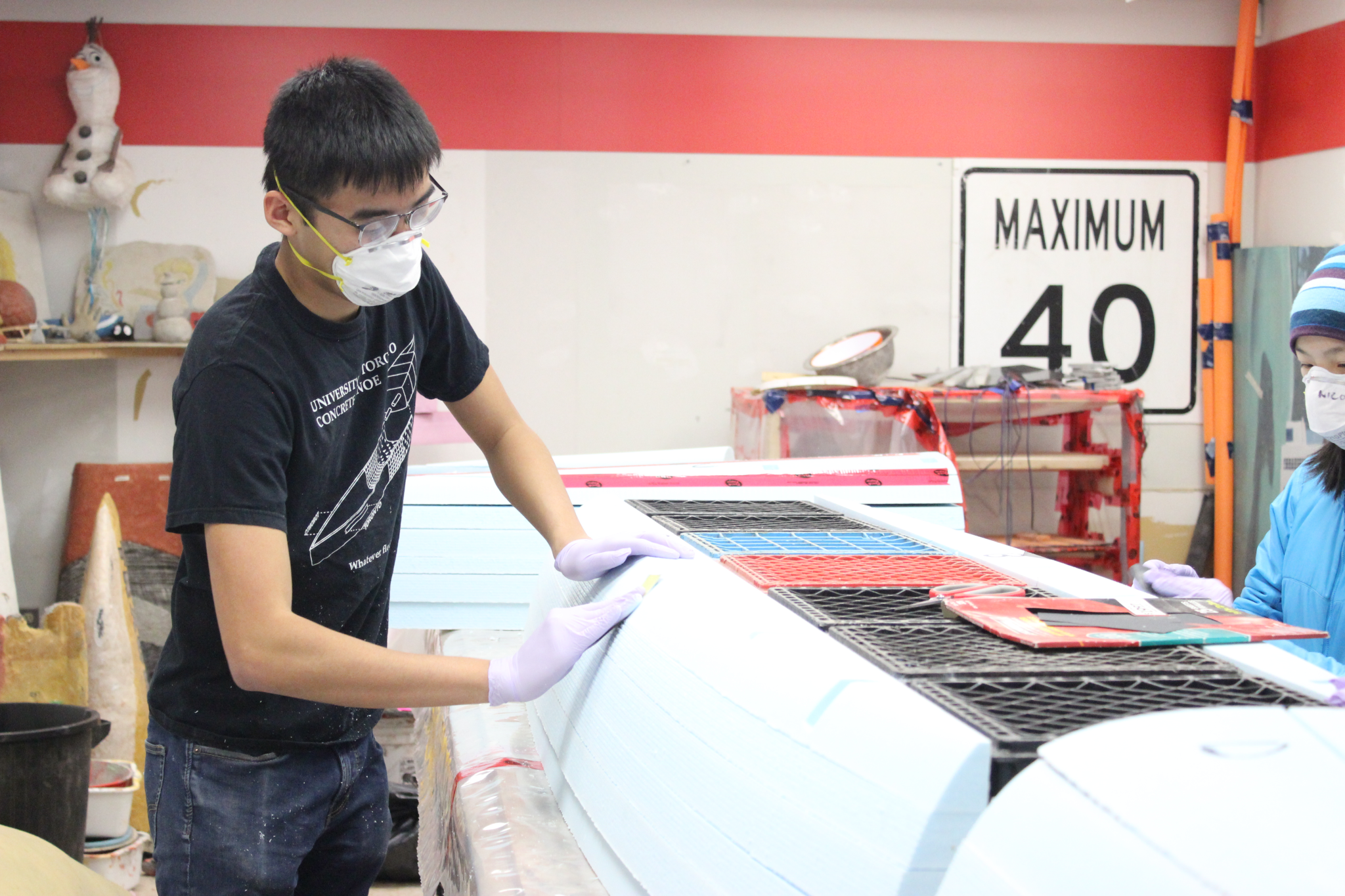 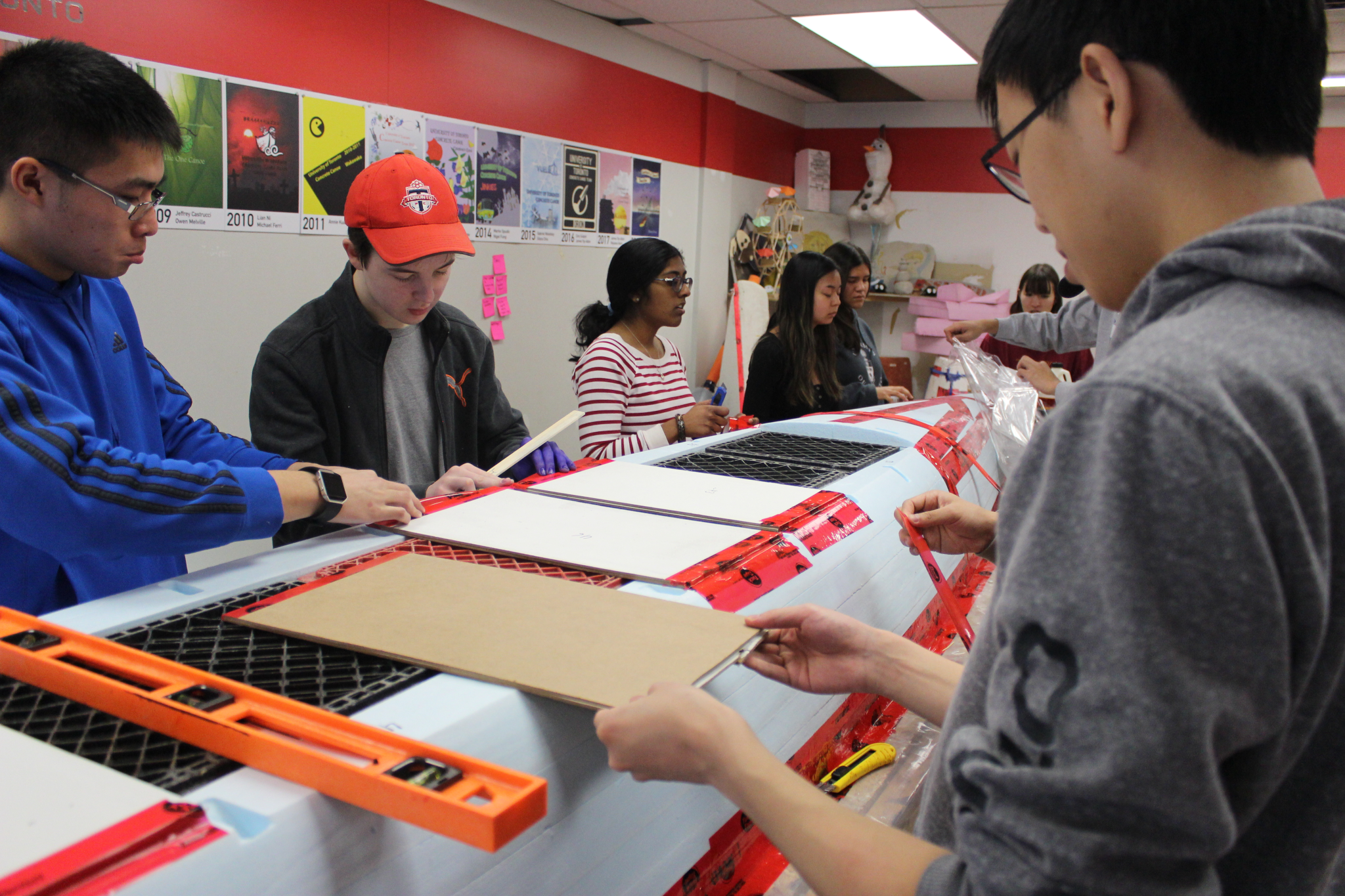 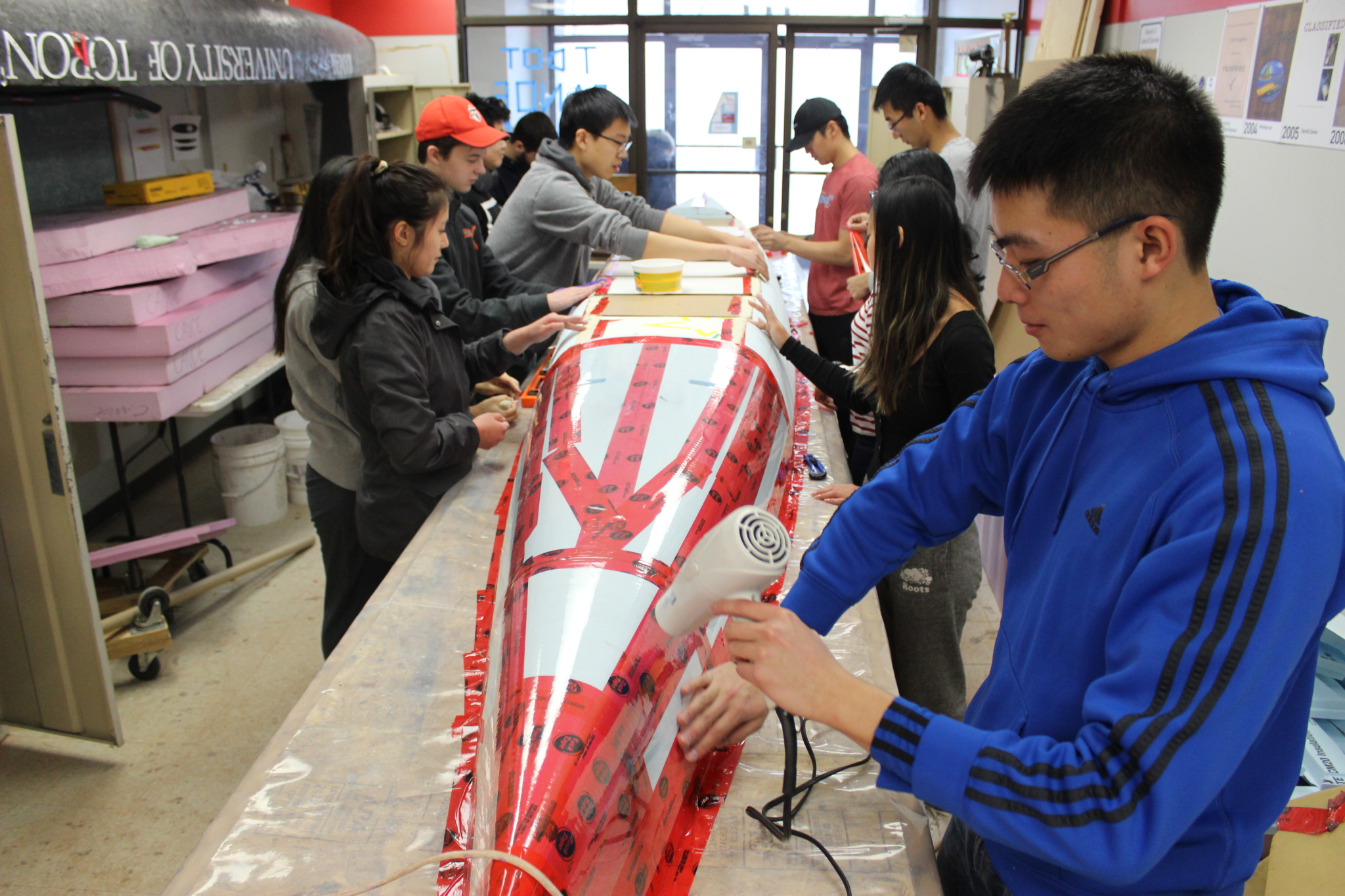 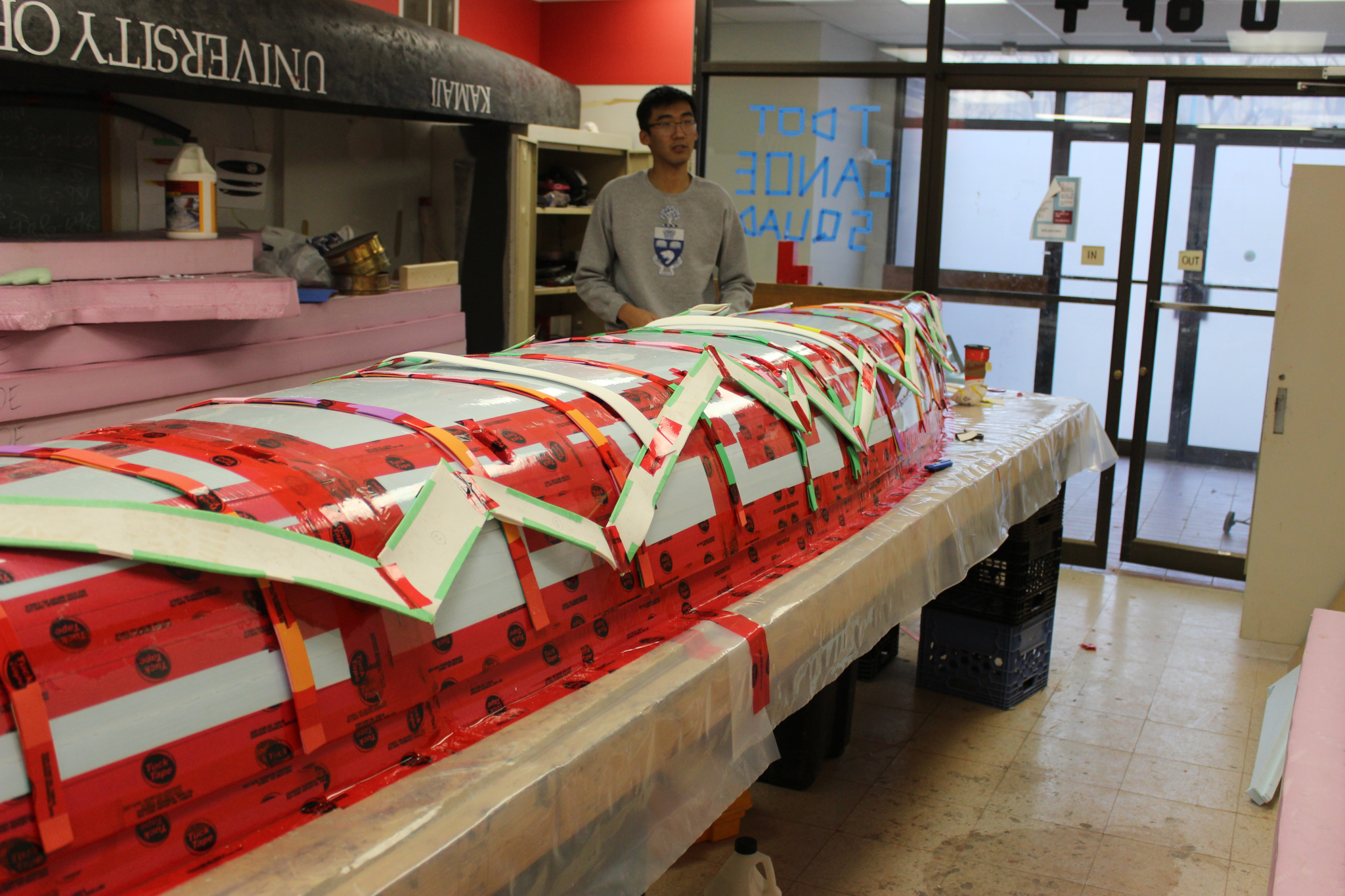 After finalizing our canoe’s dimensions, our next step is to design the mould for the concrete to cast in place on Casting Day to form the canoe. The team often decides on the type of mould, female or male mould (the one in the picture above is a male mould) and then the mould is designed using a 3D software. Recently, the team has chosen a male mould, with a segment of the mould “hollowed out”, and filled with reusable rigid core to save on carbon emissions. Afterwards, the mould is divided into different sections where it is further divided into layers for easier construction.

For next step, a CNC contractor will mill the over 60 pieces required. After all the 60+ pieces mould are created they are then assembled, with the help of toothpicks and tape to align the pieces. Finally, the surface of the mould is sanded and covered by a layer of shrink wrap, this will allow for easier removal of the canoe after it has cured, while providing a sustainable solution over form release agents. Now, we are all ready for Casting Day!